Now that we have lived in what is known as a common interest development (HOA or “altacity”) for nearly a decade, we have learned that HOAs are not only the most common type of development in the USA today, but they are truly “alternative” cities in form and function.  For your questions and musings about the topic, type a location, term, subject, or phrase in the SEARCH box below to learn more.

SEARCH my ALTACITIES blogs and content regarding life in common interest developments (aka) HOAs...

In fact, for most of our retirement years (since 2011), we have lived in one of the largest homeowner associations in Southern California, the TRILOGY Glen Ivy community in the Inland Empire, south of Corona, Riverside County, CA. 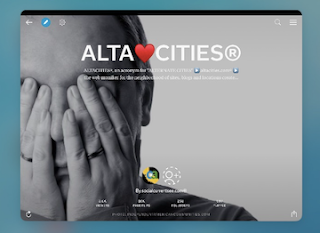 ALTACITIES.com
When you change the way you find things, the things you find change

canswerist.com
WEB CURATORS Mike & Dee Dee Foxworth for ALTACITIES® as social media archivists aka ALTALOMAN ® and CANSWERIST ®, web moniker for content created and archived in ...* SocialCurrentSee® for and about COMMON INTEREST DEVELOPMENTS, more than HOAs, aka ALTACITIES® = “alternate cities”* SCS: CASTING the constant comments, stories, and 'social currents' of publisher, curator, webmaster ALTALOMAN with a view of the sites below. Now retired, Mike & Dee Dee Foxworth celebrate his survival with mantle cell lymphoma (MCL) since Mar. 06, including a stem cell transplant from an unrelated donor in 2007 and TomoTherapy in 2009. "ALTALOMAN" is the creator and founder, web visionary, synergist and archivist for a variety of sites (some under the moniker ALTACITIES ®), a family of web locations dealing with assorted life issues and important matters.canswerist.com + altacities.com + socialcurrentsee.com + magazines.altacities.comToday’s tweets are tomorrow’s postsMike & Dee Dee were married July 4, 1971 in Portland, Oregon. Due to Mike's work in hospital fund development, from Oregon they relocated to Denver, followed by positions in Missouri, Northern California's Napa Valley, and then Southern California (Anaheim), various Riverside County Inland Empire locations, San Gabriel Valley (Arcadia), and finally Glendora before retirement in 2010. In 2011, after remission from MCL was obtained a second time, the couple settled into retirement living by moving to Trilogy Glen Ivy, a 55+ community in the Temescal Valley.

Popular posts from this blog

Medical transportation in the age of COVID-19 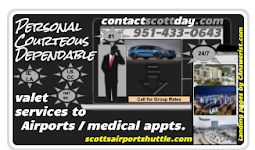 How many are like me with the experience of needing transportation to vital medical appointments now that most hospitals and medical center prohibit family and visitors for outpatient (even inpatient) visits?  Due to public safety concerns related to COVID-19, the American Cancer Society (ACS) is not currently setting up or coordinating patient rides to cancer-related appointments. ACS will update this message as conditions change. ► READ MORE   The ACS suspension of travel services leaves many cancer patients and those (like me) who have remission maintenance appointments for IVIGs and other treatments to search for private transportation help. Here in the Temescal Valley, Inland Empire, Southern California, I have found ► http://scottsairportshuttle.com ► http://contactscottday.com FLIPBOARD PLAYLIST
Read more 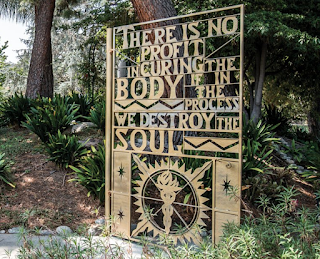 From my inbox: Johns Hopkins Hospital on COVID-19 The COVID-19  virus is not a living organism. It is a protein molecule (RNA or DNA) covered by a protective layer of lipid (fat), which, when absorbed by the cells of the ocular (eyes), nasal (nose) or buccal mucosa (mouth), changes their genetic code (mutates) and converts into aggressor and multiplier cells. ▶ Since the virus is not a living organism, but is a protein molecule, it cannot be killed.  It has to decay on its own. The disintegration time depends on the temperature, humidity and type of material where it lies. ▶ The COVID-19 virus is very fragile; the only thing that protects it is a thin outer layer of fat and that is the reason why soap or detergent is the best weapon. The foam CUTS THE FAT (that is why you have to scrub for 20 seconds or more, to create lots of foam). By dissolving the fat layer, the protein molecule disperses and breaks down. ▶ Heat melts fat; this is why it is necessary to use water above 77F degree
Read more 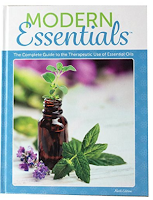 Our most popular hardcover book just got better. Modern Essentials: The Complete Guide to the Therapeutic Use of Essential Oils is amazingly practical for anyone wanting to learn about essential oils and their everyday uses. It is the ultimate guide, whether you are a new or experienced essential oils user. The simple, easy-to-use format has been improved to help you quickly find important information: which essential oils to use for hundreds of health conditions, how to safely and effectively apply them, and ways to incorporate oils into daily living. This book is an indispensable reference for any aromatherapy library. Order from ▶ https://amzn.to/2IxlAqO Secondary Immunodeficiency Disease (post allogeneic SCT for MCL)    They say that necessity is the mother of invention, archaic, yes, but applied often to the human experience.  Thus, it is my pleasure to admit that my recent introduction and use of ESSENTIAL OILs comes as a result of and in relief of my chronic bouts of bro
Read more